April: A Month of Books, Busyness and Blossoms 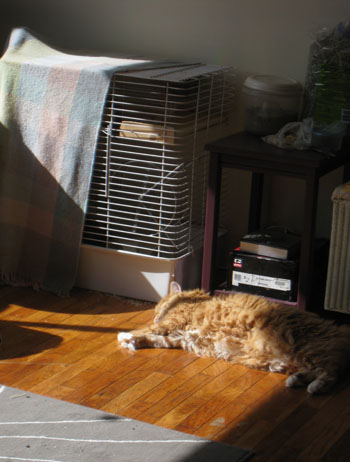 April is the crazy month at work, hence the silence on the blog. But, fear not, I have a huge update and lots of good things to share. So grab a cuppa something nice and sit back.

First, let’s get the obligatory Henry photo out of the way. Here he is sunbathing in the Spring sunshine at the end of March. Such a cutie! Chico’s cage is in the background and I have since moved it to the other side of the room so he doesn’t get the morning and afternoon sun as directly.

While work was busy, Vancouver has been flip-flopping in between Spring and Autumn. We had a cold snap in February but now some days are rainy and grey while others are bright and sunny. Fortunately with daylight savings, the days are getting lighter longer. I love daylight savings in the Spring. April also marks the Vancouver Cherry Blossom Festival, which is especially timely with the recent earthquake and tsunami in Japan. Vancouver is home to thousands of cherry blossom trees, many of which were given to the city from our Japanese sister cities. 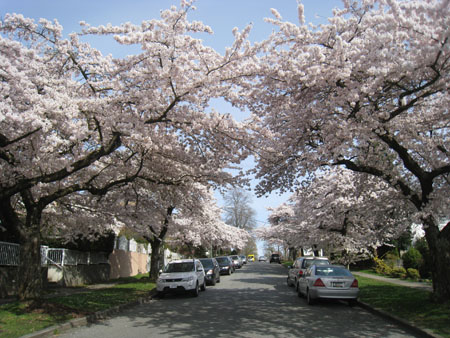 Every year in late March / early April the blossoms begin to emerge and signal spring. For a whole glorious month, several varieties of cherry trees (and plum and ornamentals too) bloom throughout the city and dust the streets in pink. It is truly beautiful.

I’ve read a few books that I’ve yet to review/blog, including The Game of Thrones by George R.R. Martin. I’m looking forward to watching the new television series by HBO.

In other television news, I’ve just finished the first season of 21 Jump Street and I love it. Not just because Johnny Depp is awesome, but because it’s lighthearted and funny while still having some substance.

21 Jump Street was filmed in Vancouver too so I love seeing scenes and trying to figure out what school or park or location they’re in. It’s also difficult though because a lot has changed; community centres have been overhauled, high schools have been renovated, and even the streets look different. 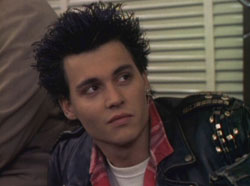 For those who don’t know, 21 Jump Street was a television series in the 80s and early 90s about a group of rookie cops who looked too young to be taken seriously, so they were assigned to a special undercover task force to go into high schools and colleges.

Rumour has it that Johnny Depp initially signed on for six seasons not thinking it would make it past one season, and he also wanted to work with Frederic Forrest. Unfortunately for Johnny, the series had five seasons—mainly because of his name—and Frederic Forrest’s character was killed off after only six episodes. (Johnny was only in the first four seasons but his photo was used for season five anyway).

In other news, I finished the hat I had frogged several times. I got a friend to take pictures at knitting a couple weeks ago but haven’t imported the photos yet. Separate FO report to come. Another FO that needs a full report: the Christmas gnome is finally assembled and still needs to be delivered. Oops. Sorry Carly!

What else? Oh! I watched the BBC miniseries for Pride & Prejudice. I loved it! Even more than the movie with Kiera Knightly. Colin Firth was fantastic and even the six-part miniseries (6 hours total) didn’t seem like enough. I didn’t want it to end.

I’m sure there are more updates, but they shall have to wait for another post. I will have more pictures coming soon.