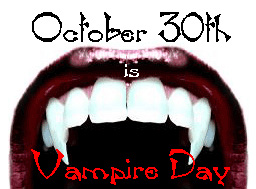 [ Disclaimer: This is vampire related… not solely about Twilight. All vampire-inclusive.]

“Many theories for the origins of vampire beliefs have been offered as an explanation for the superstition, and sometimes mass hysteria, caused by vampires. Everything ranging from premature burial to the early ignorance of the body’s decomposition cycle after death has been cited as the cause for the belief in vampires.”

“Although vampiric entities have been recorded in most cultures, the term vampire was not popularised until the early 18th century, after an influx of vampire superstition into Western Europe from areas where vampire legends were frequent, such as the Balkans and Eastern Europe, although local variants were also known by different names, such as vrykolakas in Greece and strigoi in Romania. This increased level of vampire superstition in Europe led to what can only be called mass hysteria and in some cases resulted in corpses actually being staked and people being accused of vampirism.” 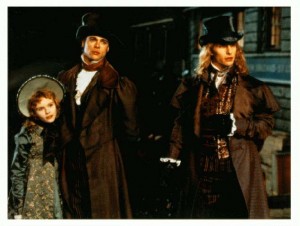 My initial vampire exposure was with Anne Rice’s Vampire Chronicles . When I was about 16 years old my friends and I were pretty obsessed with Louis, Lestat, Claudia, and Armand. It was great, and I really liked the books as well as the movie. I’ve only read Interview with a Vampire and The Vampire Lestat but I liked them, and one day I intend to finish the series. The good thing about them is a number of the books can stand alone. I think The Vampire Chronicles have to be my favourite of all the vampire stuff I’ve read so far.

I never really got into “Buffy the Vampire Slayer”. Almost every time I sat down to watch it, I got a rerun of the musical episode where everyone is breaking out into song. However, I do have a bit of base knowledge and I have to vote for Spike over Angel. Spike is a bad boy with an accent, what more do you want? 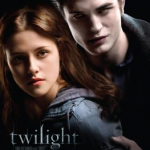 ht series by Stephanie Meyer: Don’t get me started on Bella (and we’re not even going to discuss Breaking Dawn)… but Edward is a pretty cool vampire. I absolutely love his family — Esme and Carlisle (“mom” and “dad”) are great! Meyer certainly brought her own twist to vampire lore, which is refreshing. Instead of all vampires being bloodsucking, soulless monsters, the Cullens are “vegetarians”: instead of hunting humans and being nomadic, they pretend to be humans and hunt large mammals.

I’ve never seen HBO’s “True Blood” television series, but MTV.com has this to say about it: “True Blood,” based on the Sookie Stackhouse novels by Charlaine Harris, also has a very different metaphor to offer — vampire as outsider deserving equal rights — but the heroine is someone Twilighters can relate to. Like Bella, Sookie is an outcast in her small town, and she’s plunged headfirst into a supernatural world when a hot vamp walks into her life. Edward is intrigued by Bella because he can’t read her mind — Sookie is intrigued by Bill because she can’t read his. 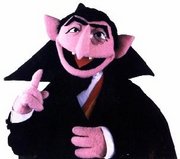 I intend to read Dracula by Bram Stoker. One day, somewhere down the road, I will read this classic!